A new version of the JackTrip desktop software client has been released that more seamlessly ties together the desktop app with Virtual Studio. We’ve added network stats, device integration, and the ability to join a studio with a single click.

Previously, the join button on studios only controlled registered bridges and didn’t interact with the desktop app at all. This was really confusing for those without a bridge!

With the v1.6.2 release, you can now join studios by clicking the green “Join” button on Virtual Studio. This action will now automatically open the desktop client and immediately connect to your desired studio. Additionally, you can click the red “Leave” button to disconnect the desktop client.

If you have a JackTrip Bridge registered to your account, these buttons will behave in a similar fashion as before if you navigate to the “With JackTrip Bridge” view. 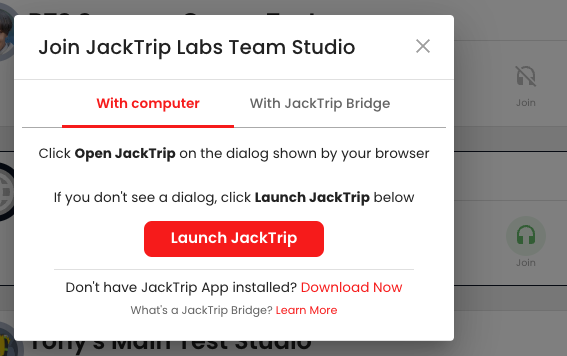 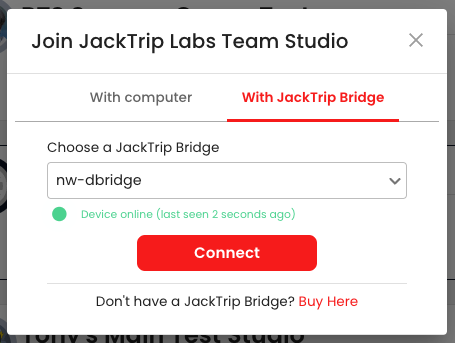 Similarly, only bridges used to show up under the “Devices” tab on the studio. This wasn’t very intuitive and led to not knowing who might be connected to the studio.

“Devices” tab on the studio 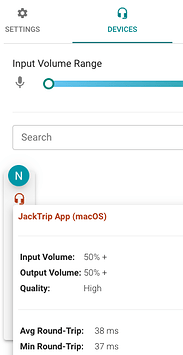 JackTrip desktop client while connected to a studio 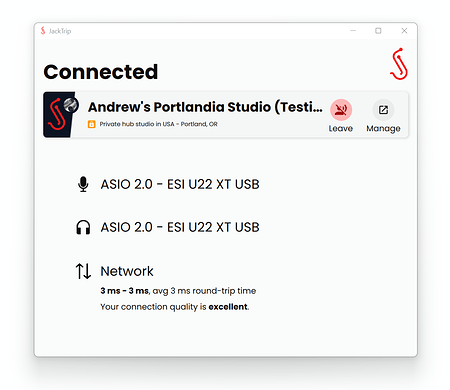 Previously, it was hard to know the overall volume level of the studio without something to visually reference.

No more! Volume meters are now available on JackTrip and JackTrip+Jamulus studios. These can be used to check volume levels for all participants in your studio with a built-in clip indicator.

Perhaps the biggest update of the lot… introducing Recordings!

Public broadcasts are now automatically recorded and available on JackTrip Radio. Recordings generated from your studio can be managed in the new “Recordings” tab on your studio page, where you can modify the thumbnail image, title, and description for viewers. Studio admins are also able to download recordings locally.

The record button originally available in the JackTrip Radio broadcast interface has been removed in favor of this new and improved cloud recording feature. Let us know how it’s working for you!

New “Recordings” tab on the studio 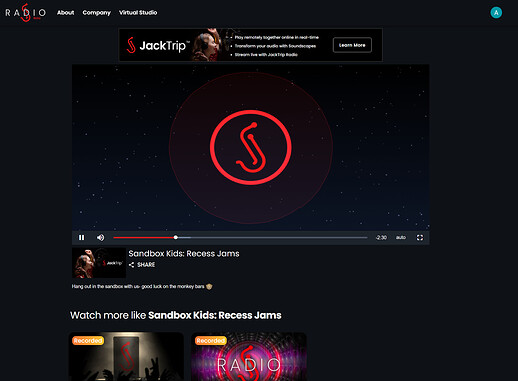